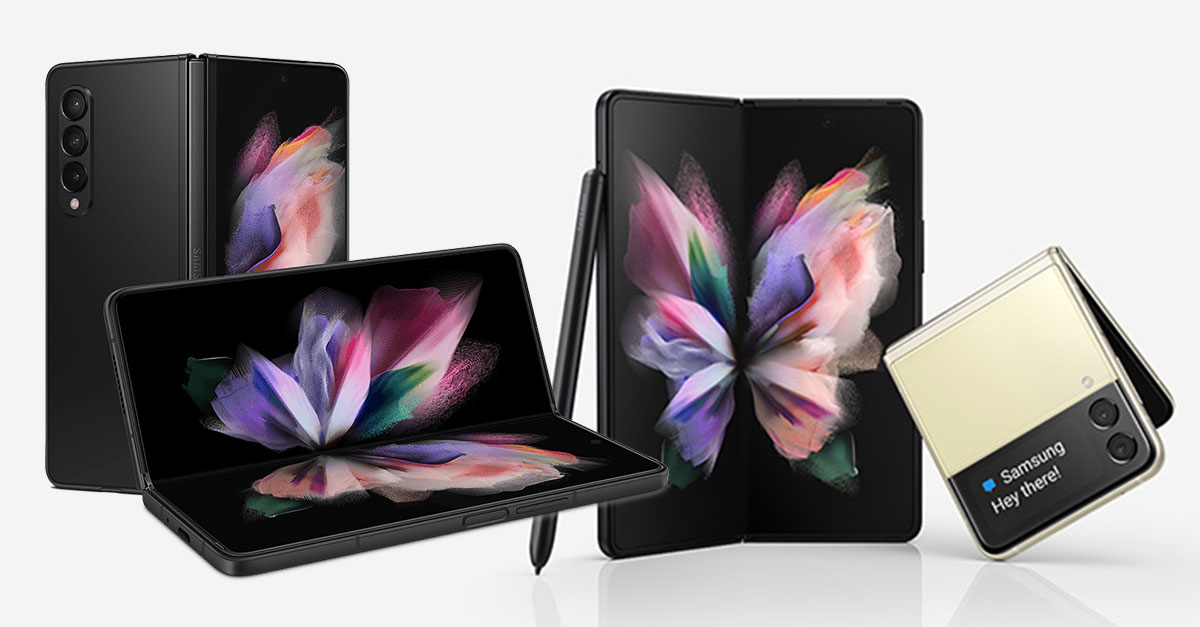 This one isn’t a try, though. It’s real. You can actually buy this thing right now , and Samsung is selling it as the Galaxy Z.

The thing we didn’t like about the original Galaxy Fold was that it looked too much like a prototype, with exposed guts and a lot of tape holding things together. That’s not true with the Galaxy Z: it looks more finished than any other foldable phone on the market, even if its price tag is way higher than what you’ll pay for some other devices in that category.

Samsung also hasn’t made any changes to the display or hinge—it’s still 5Ghz WQXGA+ resolution (2152×1536), which makes sense since the technology behind the phone can’t necessarily scale down any lower.

Lenses on the cameras are still 12MP each, and the screen is big enough that you never really have to unfold it all the way if you don’t feel like it. It’s kind of a shame, because when this thing is folded up you gain a lot more pocketability compared to other foldable phones on the market… but once you do unfold it there’s too much real estate to use easily one-handed. That makes sense for something like a tablet, but not so much for a smartphone, which we mostly hold in one hand anyway.

There are some new software tweaks designed to make your life easier when using this device as a phone: swiping down from an icon in the status bar (or from the home button on the bottom of a screen) will hide all open apps and allow you to access phone functionality like calling, texting, or taking photos right away.

It also gained some cool features that might make it worth considering even if you’re not in love with the concept of using your phone as a tablet: for example, there’s now an option out of the box to turn off automatic hand detection when reading things like ebooks so you can hold it more comfortably without worrying about accidentally triggering anything.

This is joined by other nice conveniences like “save screenshot” options for specific apps within the notification tray, better floating menu options (so you don’t have to scroll through settings 5 times to find the one you want), and a variety of other tweaks that make using this phone a bit more streamlined.

The New Standard for Foldable Phones

It’s kind of crazy that Samsung is selling this thing as “the new standard for foldable phones,” because it just feels like an improved version of their first foray into the category. I can’t think of any real advantages to owning it, other than the fact that it looks better as a finished product than its predecessor.

Price might be a factor, though: the highest storage Galaxy Z goes for around $1,900 USD , while all the top-tier contenders are $1000 or less… but then again, there aren’t very many options right now if you’re looking for something with a truly flexible display.

And folded up or unfolded, the Galaxy Z doesn’t look that much like a phone—so how will people react in public when they see you carrying something that looks more like a tablet? We’ve never had to worry about this stuff with other phones, but here’s hoping Samsung doesn’t run into problems where people keep trying to talk on it or call someone who doesn’t exist.

What do you guys think? Is there room for one more smartphone-ish option in the foldable category, even if it means paying top dollar and getting less functionality than you would otherwise? Or is folding screens just too weird to bother with until we get an affordable version of it down the line? Let us know in the comments below!