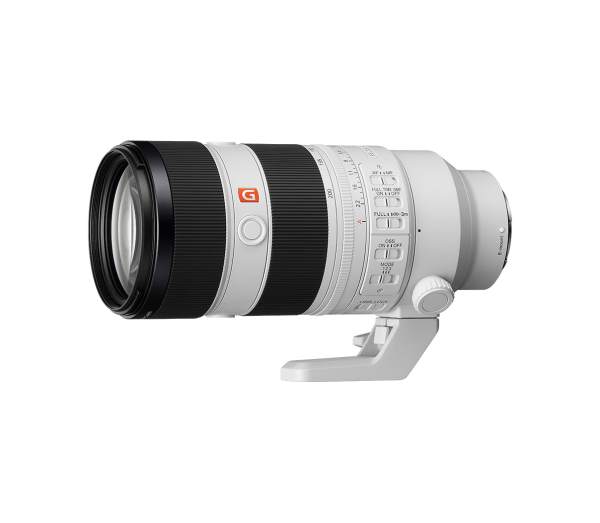 Sony releases a new G Master lens (hence the GM acronym) each year, promising excellent image quality and a wide range of features, and with the Sony FE 70-200mm F2.8 GM OSS II, there have been some significant improvements. Together, these features produce a lens that is well suited for both still and video.

In addition to being a classic lens, the Sony 70-200mm F2.8 is also one of the most popular focal lengths. These lenses are trendy and are used by many photographers for everything from portraits to sports, events, and wildlife.

To make the Sony FE 70-200mm F2.8 GM OSS II more comfortable to use over time, Sony has managed to significantly reduce the weight of the lens. Additionally, the Sony Alpha full-frame bodies will balance better without a grip.  This is a significant enhancement that photographers will appreciate, but there’s still so much more to look forward to.

The image quality is outstanding overall, and autofocus is quick and accurate, thanks to four high-thrust XD Linear Motors are said to give four times faster autofocus than the FE 70-200mm F2.8 GM OSS. The new lens has a similar shape to its predecessor, but it has a manual aperture ring with a click switch to set the aperture on or off, ideal for videographers.

Defining attributes of lenses can be challenging because they don’t necessarily offer much more than image quality, focal length/range, and the lens’s highest aperture. There’s just too much to cover here, so we’ll focus on the most important aspects of this lens.

The lens’s weight has been decreased from 1,480g to 1,045g, which is quite remarkable (without the tripod mount). Of course, the lenses are so comparable in size, which makes this an impressive accomplishment. Still, it also makes the lens considerably more comfortable to use and carry for extended periods.

Direct Manual Focus (DMF) allows you to override autofocus by twisting the manual focus ring if AF picks up the wrong subject when it’s set to “on.” Focus range restriction is another function. Despite their utility, these features are standard for this type and price lens.

How well does it Perform?

Design-wise, the lens retains a single size thanks to an internal zoom mechanism and the typical white body of Sony telephoto lenses. Filters can be used with the fluorine-coated front element since it repels water and oil.

The aperture ring is sandwiched between the zoom ring and the lens’ focus ring on the front of the lens. All rings enable smooth operation with just enough resistance to avoid jerky motions to avoid jerky movements while drawing focus or zooming when taking video.

The lens and the four XD high-thrust XD motors have autofocus as a major feature. The in-camera single shot and continuous focusing modes utilize Linear Motors to rapidly and softly latch onto both static and moving subjects.

As a result, even though most videographers prefer to focus manually, they may rest assured that the silent motors are unlikely to be picked up by the camera’s built-in mic or an external on-camera microphone.

In addition, image stabilization includes three modes: ‘1’ for conventional shooting at slower shutter speeds, ‘2’ for panning, and ‘3’ for photographing subjects with unpredictable movement when the shutter speed is too slow. Mode ‘3’ is substantially less effective for panning than mode ‘2’, which is understandable given their intended use cases.

The 70-200mm is a popular choice for a wide range of photographers, including wildlife, portrait, sports, landscape, and event photographers therefore image quality is a must. Additionally, this lens is ideal if you want sharpness throughout the entire focus range and between f/2.8 and f/11.

There’s a significant amount of vignetting at f/2.8, but it’s much less obvious at f/4, and at f/5.6, it’s almost non-existent altogether. Finally, with an aperture of f/8, the effect is completely gone.

Even at f/2.8, the lens is beautifully sharp, even in the corners, and as you stop it down, the sharpness improves steadily until it reaches its sweet spot at f/8. At f/11, everything is also very crisp, but diffraction comes in, and the image’s overall sharpness declines.

However, the vast majority of prospective customers will rarely use an f/16 or higher aperture with a 70-200mm lens. When the aperture is set to f/2.8 at 70mm and the minimum focusing distance is 40cm, there is a minor amount of fringing.

However, the test photos showed no signs of chromatic aberration or fringing in any other scenarios. Furthermore, although vignetting may appear appealing in some cases, it can easily be removed post-processing.

Buy it on Amazon here.