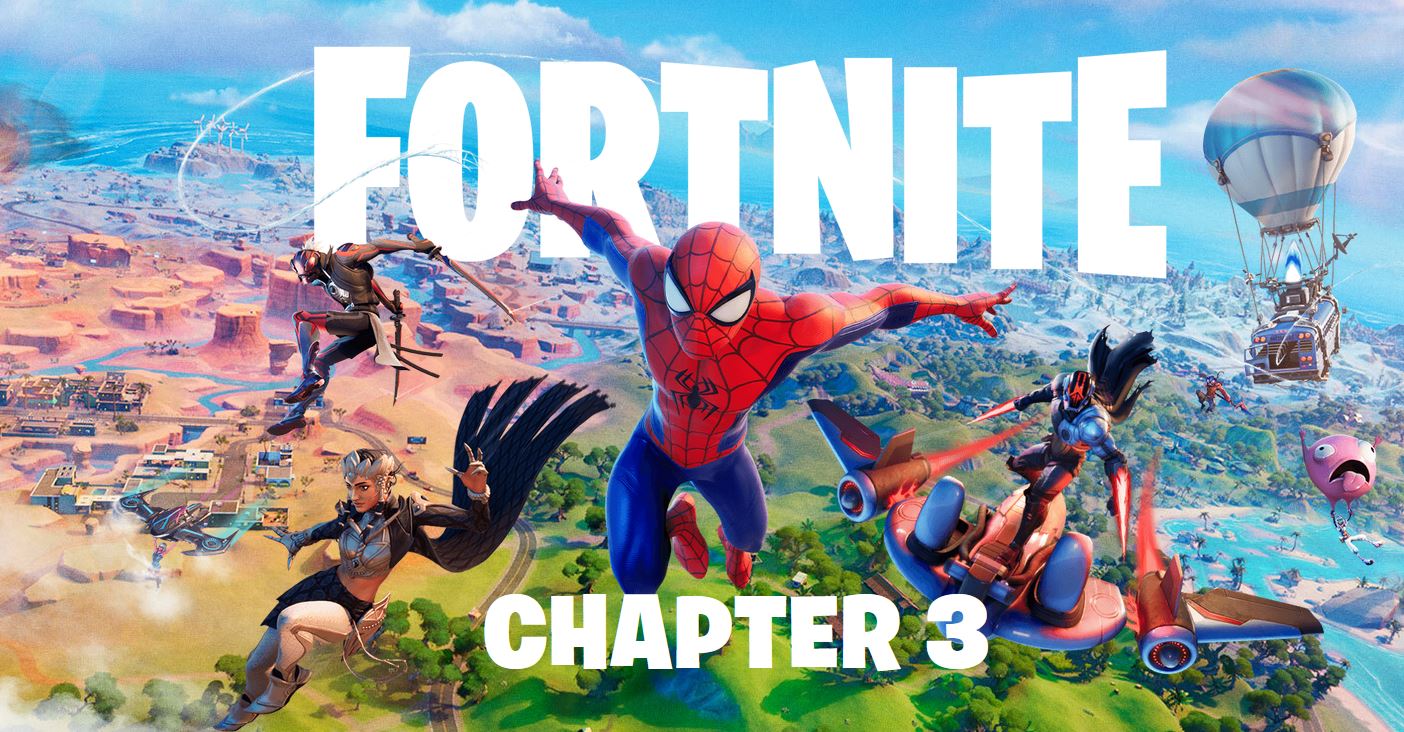 It’s finally here: Fortnite Chapter 3 Season 1 has arrived, and as you’d expect, there is a slew of significant changes to the game in this new installment. This time around, there’s a whole new map to explore, some revised features to get your head around, and even a new form of Victory Royale if you manage to be the last Fortnite player standing.

With so much new content to take in when you first emerge from the sea to begin the next age of the game, we’ve compiled a list of the most significant changes in Fortnite Chapter 3 Season 1 to assist you on your journey through the game.

A New Map has been Featured in Fortnite Chapter 3

It’s time to flip the island over and discover a completely new Fortnite area on the other side, complete with three separate biomes to explore.

It has been promised that when some of the snow melts later to show the grassland beneath, a hidden secret would be disclosed on the island’s western side, including several familiar sites from the past, such as Greasy Grove and Shifty Shafts.

A tropical biome to the east, which houses the Seven’s home of Sanctuary, as well as a desert biome on the south coast, which includes a large racetrack and the return of Mancake’s Butter Barn, are also included.

Fortnite Chapter 3 introduces a New Assortment of Weapons and Consumables

The Range Assault Rifle, MK-Seven Assault Rifle, Striker Pump Shotgun, Auto Shotgun, Sidearm Pistol, Stinger SMG, and Hunter Bolt-Action Sniper are some of the new Fortnite weapons that will be available for the start of the season.

However, the vast majority of other weapons have been safely stored away in the vault for the time being. A few new items have also been included, such as the Med-Mist spray, which can be used on yourself or a teammate to heal them.

The amount of spray you use decides how much health you (or they) recover. Guzzle Juice can also be drunk to gradually restore your health to 100 percent over time; but, if you receive any damage from an opponent, the healing will be interrupted, so avoid your adversaries while it is in effect.

Tents are one of the most significant new additions to Fortnite Chapter 3, which you can use to build up camp and then retreat inside to relax and recuperate after a long battle. Also available are three tents, which can store up to three objects, which may then be retrieved in another match by either building a new Tent or taking over an abandoned one.

Although the first two tent spaces are free, you’ll need to rent the third one with Bars. Members of your team can interact with your Tent to purchase their own by paying Bars, and you have the option to pack up your Tent and transfer it to a new position at any moment.

Crowned Victory Royales can be unlocked by wearing Victory Crowns

As a result, if you finish high enough in a match (top four in Solos, top two teams in Duos, leading team in Trios or Squads), you’ll be awarded the Victory Crown, which will make you stand out to other players who will attempt to steal your crown if you are defeated.

In Fortnite Chapter 3, there are new ways to Traverse the Map

The slide is a new function that may be activated by holding the crouch button while sprinting. It is designed to assist you in moving around the game world. While sliding, you can still fire or construct structures, and it is a very effective technique of descending a slope.

Additionally, starting December 11, you’ll be able to get your hands on Spider-Web Man’s Shooters, which may be used to swing across buildings much as Spidey does. While down but not out in team modes, you can now crawl quicker, pick up things, open chests and doors, and manage your inventory, which will aid you in escaping to safety and reaching your allies for a revive more quickly.

Quadcrashers have returned from the vault to provide an off-road transportation alternative that is also excellent for ramming through opponents’ constructions thanks to the ram on the front of their vehicles.

Apart from the updates highlighted above, there are also other changes such as: New types of Quests, Teamwork elements, a new cast of Characters, upcoming Weather Effects in Season 1, and more.