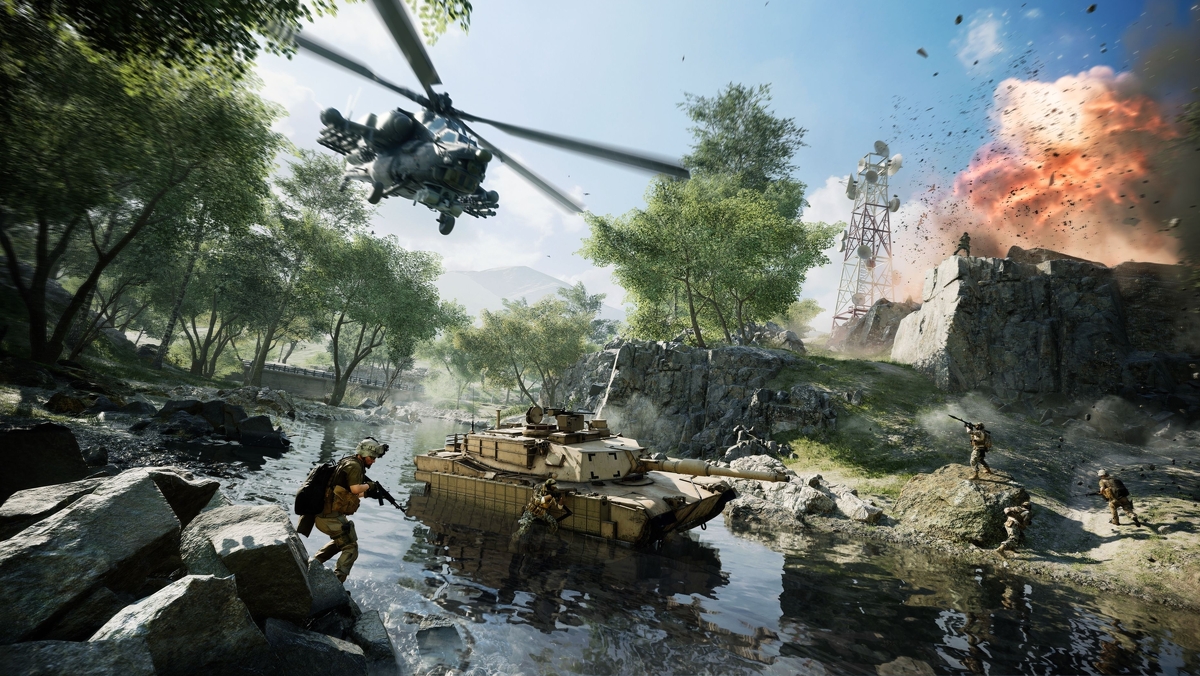 Electronic Arts have launched the first patch for Battlefield 2042 on Thursday, one day before the game’s official launch. Several issues were discovered during the early-access period for the game, which began on November 12.

However, as the community have noted, Battlefield 2042 patch 0.2.1 – or Update #1, as it is described in the patch notes – does not adequately address the game‘s primary issues. Stuttering and stability will be improved with the server upgrade.

Allied names will now be displayed correctly when viewing allies. The obnoxious “Little Green Man” skin has been renamed “Gator” by EA and developer DICE. The rest of the patch addresses bugs, XP problems, and consistency problems.

To understand this Battlefield 2042 patch, it is more important to understand what it is not. While the update will fix some rubber-banding issues, it will not resolve players’ reported lag or hit registration issues.

Players are unable to keep track of the progress of their teams thanks to the absence of a game-wide scoreboard.

This patch does not include voice chat functionality. And there are no changes to the balance of vehicles or weapons — which have previously dominated matches. Additionally, the patch does not address many of the connection and data persistence issues that players encounter.

Additionally, a problematic Boris skin has been renamed, a fix for allied player names not displaying correctly has been implemented, and more. Additionally, it re-enables the Prox Sensor gadget, which was temporarily disabled to improve server performance.

“In the coming weeks, we’ll have additional information to share regarding upcoming fixes,” Freeman writes on his blog.

“Over the next 30 days, we’re scheduled to release two additional updates, the first of which will include additional fixes and improvements identified during this first week of early access, and the second of which will be a large and more substantial update.”

Battlefield 2042’s early access launch was rocky, with a slew of bugs and server issues plaguing the game, including the now-famous “unable to load persistence data error.”

Updates earlier this week restored specialist Dozer’s signature ability while also tweaking the game’s Breakthrough game type to help the attacking side stay in the fight for longer. Battlefield 2042 becomes available to all players on November 19. The following are the complete patch notes for the game’s most recent update.

Battlefield 2042 falls short of the franchise’s pinnacles in terms of quality. However, it is more important to understand what isn’t included in this Battlefield 2042 patch before playing the game.

However, while the update will address some rubber-banding issues, it will not address the lag or hit registration issues that players are experiencing at the moment. For players to keep track of their team’s progress, there is still no game-wide scoreboard. Voice chat is not included in this patch.

In addition, there are no changes to the balance of vehicles or weapons, which have been dominant in previous matches. In addition, the patch does not address many of the connection and data persistence issues that players are currently experiencing.

Battlefield 2042 is still in its early stages; the game will be released to the public on Friday. However, while the community will undoubtedly welcome a small bug fix patch, the game currently has several issues that will require more than a single patch to be resolved.

The good news is that EA and DICE have stated that they intend to release at least two more patches within the next 30 days, which is encouraging. The first update will include more bug fixes while also making significant improvements to the game itself. In addition, the companies stated that the third patch will be “a larger and more substantial update.”