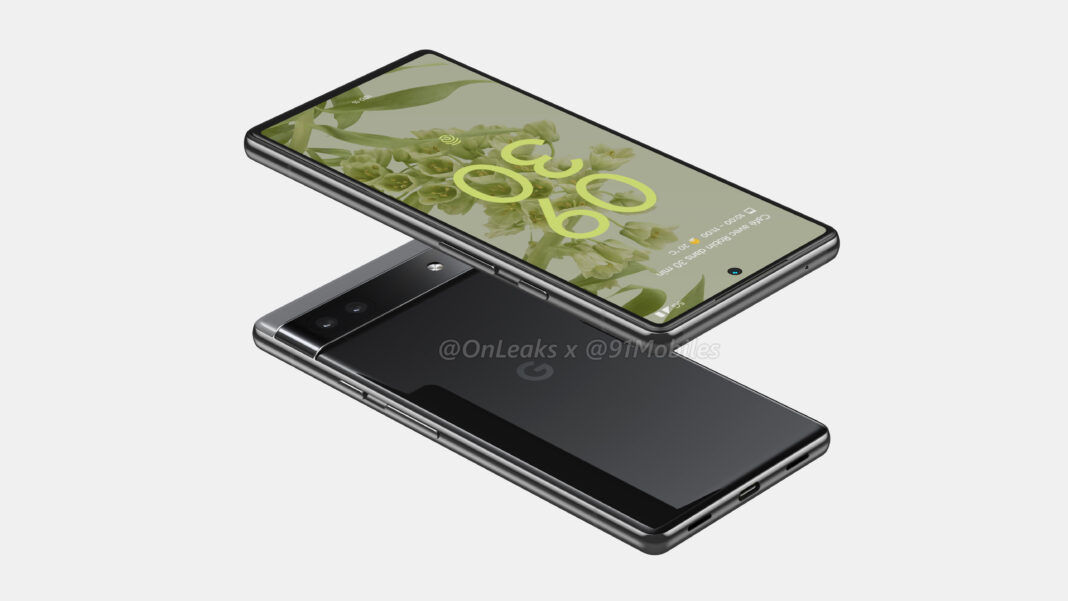 New Pixel 6a Renders Shows a 6.2” Punch-Hole Display, Slightly Smaller than the Pixel 6

Earlier today, @OnLeaks released renders of the Pixel 6a based on alleged CAD files. It was previously reported that @OnLeaks expects the 6a to feature a 6.2 inches display; however, Google has not announced its release date.

As with the Pixel 5 and Pixel 5a, Google will extend the design language from the Pixel 6 series to the Google Pixel 6a series.

There has been a size comparison between the Pixel 6a, Pixel 6, and Pixel 6 Pro published by @OnLeaks. Pixel 6a dimensions are 152.2 mm x 71.8 mm x 8.7 mm, making it slightly taller and wider smartphone than Pixel 4 and Pixel 5.

Nevertheless, @OnLeaks’s photo suggests that the 6a will be slightly smaller than the Pixel 6 & Pixel 6 Pro, which are quite large in the Pixel universe.

Furthermore, @OnLeaks released images of Pixel 6a with 3 cameras – the same configuration that we reported for an unreleased Google Pixel smartphone last month. If the 6a is a true bluejay, as Mishaal Rahman speculated, then it will feature three Sony imaging sensors: an IMX355, and IMX363, and an IMX386, respectively.

Details of Google’s Pixel 6a

Google’s Pixel 5a was released in August month, and it featured a Snapdragon 765G high-speed processor and a dual rear camera setup comprising of 12MP and 16MP pixels. Therefore, we anticipate that the Pixel 6a will be an improved version of the Pixel 5a.

There is speculation that the phone may be equipped with a midrange Tensor processor, such as a Tensor lite, or even a Snapdragon 778G. However, these are just speculations at the moment.

We anticipate the Pixel 6a to receive the same hardware upgrade as its bigger brothers. In terms of the primary camera, the Pixel 6 could feature a Samsung ISOCELL GN1 sensor with 50MP.

In addition, the 6a may come with up to 128GB of internal storage and 6GB or 8GB of RAM. It is anticipated that the Pixel will ship with Android 12 out of the box in addition to up to three years of software support and five years of security updates.

Shortly, it will be interesting to see how Google will price the Pixel 6a and how it will be placed along with the Pixel 6 and Pixel 6 Pro.